In an entry in the Encyclopedia of Law and Development, Edward Elgar Publishing, 2021, I examine the nexus of the seemingly straightforward concepts of law, race, and development. The full text can be accessed here or through your local library or other institutional channels. [Alternatively, contact me.] This blog post briefly summarises my reflections on this convergence. In the encylopedia entry itself, I explore how a critical examination of the nexus between the three [i.e. law, race, and development] uncovers how they co-constitute each other, sometimes in negative ways. It is important, however, to begin any examination with an understanding that ‘race’ is not a legitimate scientific categorisation of humanity – it is neither neutral or objective.

Rather ‘race’ has been manufactured by power structures as a technology to produce particular material effects – accumulation and dispossession.  This means that society, including law and knowledge producers, give moral and social meaning to perceived racial classifications, and those meanings crystallize but also evolve over time. This is often referred to as social constructionism – which I admit may not always completely explain what social constructionists mean by social construction. [Charles Mills and Barnor Hesse’s debate illustrates this.] But it remains a good place to start. Osagie Obasogie, explains law’s relation to social constructionism thus:

‘economic, and political forces create the meanings that come to attach to various bodies . . . law can be seen as an instrumental “glue” in congealing the meanings that adhere to racialized bodies, making the ideological fit seem natural so as to go unquestioned.’ (Osagie K. Obasogie (2015). ‘The Constitution of Identity’ in Austin Sarat and Patricia Ewick (eds), The Handbook of Law and Society. John Wiley and Sons, p. 345)

Understanding ‘race’ as a constructed technology intended to have material effect and which indeed has had and continues to have material effect, and ‘racialisation’ as a process to produce and reproduce race… allows us to examine the lies we tell ourselves and each other about the current order of the world and the structures of power that keep that order in place.

In this social production of ‘race’, the academy is not exactly innocent. The effect of various, mostly European, academics theorizing about ‘race’ is key to creating a hierarchy of humanity. This hierarchy was to effect epistemic violence on people thus racialized as non-white – an academic non-recognition of personhood, an ‘othering’. Therefore, the further removed a person racialized thus was from the top of the racial hierarchy, the further removed they were from the physical and material benefits of personhood. These racializing and hierarchizing ideas were articulated in the writing of many enlightenment academics. E. C. Eze examines these ideas and writings in great detail in Race and the enlightenment: A reader. Wiley-Blackwell, 1997. In this volume, Eze reproduces the writings on the catogory of ‘race’ from academic stalwarts such as Johann Friedrich Blumenbach, Immanuel Kant, John Locke, David Hume, and Georg Wilhelm Friedrich Hegel etc. Also included is an excerpt from 1798 Encyclopaedia Britannica of the entry for ‘Negro.’ 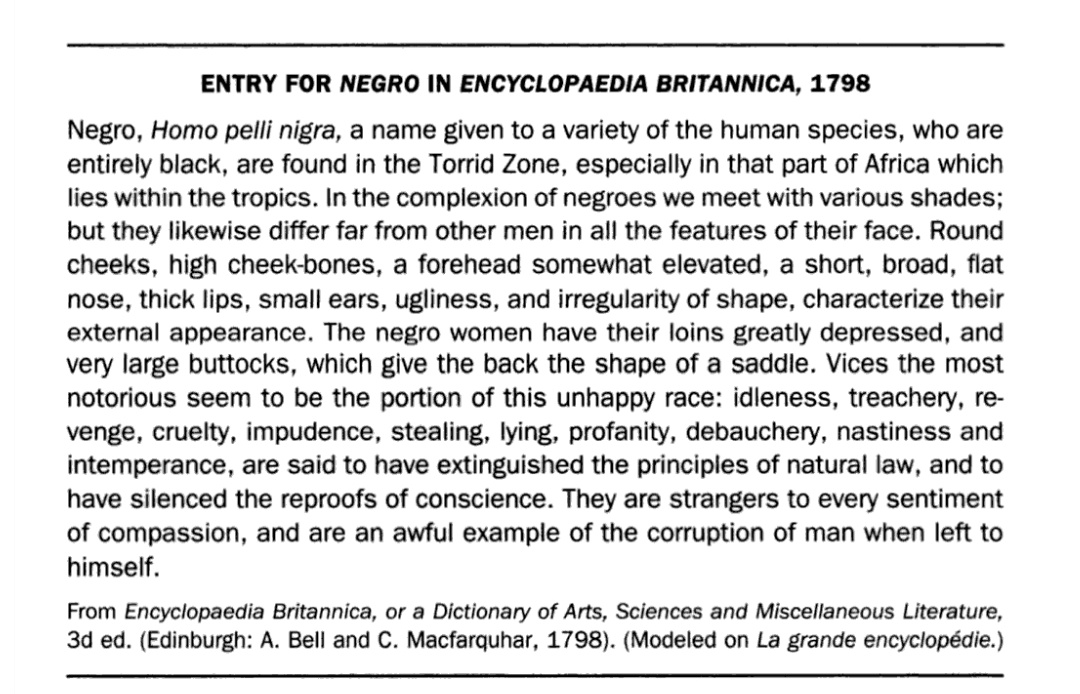 The law is not innocent

In the production of ‘race’, and the ensuing order of the world, the law and her allied forces including the legal academy, are not innocent either. Law has embedded, deep within it, a particular vision of humanity, a vision from which the majority of the world, due to being racialized and gendered [etc] as Other, are in various degrees, excluded. The very nature of Euro-modern law enables this process. This law, by nature, in its quest for social order, replicates and revalidates itself, as it maintains a particular conceptualization of the world. Without the contribution of legal structures and legal epistemologies, the use of race as a technology of accumulation and dispossession, in the past and the present, would be impossible. 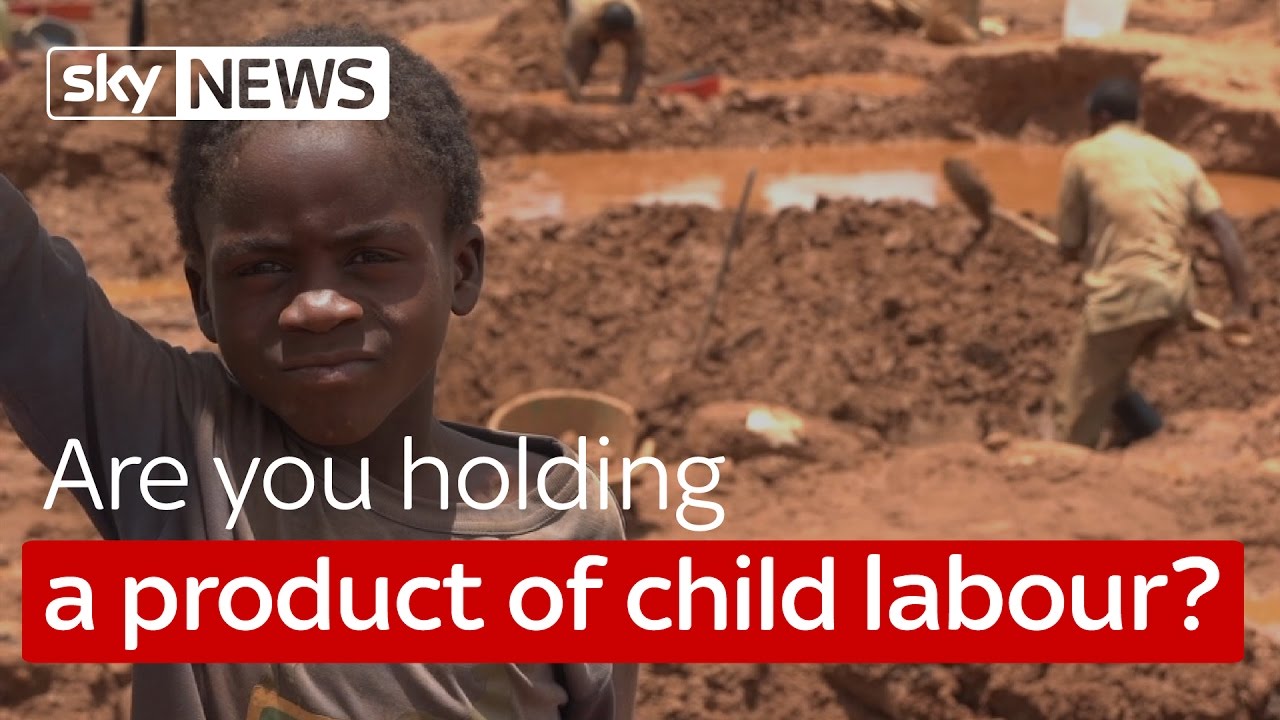 Thus, we should not talk about development without talking about how the underdeveloped came to be so and how racialisation was used to achieve this. Important as well is the accumulation inherent in what we call ‘the developed’. We also need to remember the role that law plays – noting here that law is a human creation, and the dominant law is allied to power’s interests and desires. Therefore, the law has long been entangled with racializing and marginalizing Othered populations. Consequently, ‘sustainable development’ of racialized populations cannot be divorced from the material dispossession of the Other from the category ‘human’, the material effects of this dispossession and the continuing complicity of law in this process. Hence, we use the word ‘coloniality’ to describe the permanence of patterns of power, which exceed physical occupation of territory. These patterns of power were established by race-thinking, supported by law, and maintained by economic imperatives. Without the imperative to accumulate, racialisation serves no purpose. These processes are observable in power relations (demarcated by race, upheld by law) in cultural production, global labour, and resource differentials, as well as power disparities in knowledge production. In considering development we must also account for dispossession. In deploying the right to development we must also consider justice for dehumanisation and its material effects.

Can we decolonize development?

Can ‘decolonization’ help achieve justice for those cast beyond the abyssal line? Decolonization, is defined by Smith, as: An earlier, longer version of this blog post was published on Foluke’s African Skies.